Great grandmaster Anthony Nan Jie Ho (何南傑) was born in 1937 in Shanghai, China. He was exceptional in physical size and strength. He showed athletic ability at an early age. As a teen ager in Shanghai, he studied Northen and Southern styles of kung fu. The more styles he learned, the more curious he became to find the true meaning of kung fu. This strong will finally led him to study with Master Pei Tsu Ying, a Wu style Taijiquan master. Thus, Great Grandmaster Ho started his most important training before he came to the United States.

In 1979, he immigrated to the United States of America.

In 1997, Great Grandmaster Ho retired and began his focus on teaching Taijiquan and writing.

In 2002, he was invited for the first time to Taiwan to teach Taijiquan classes in Changhua, at Ching Cheng Private High School and Chien-Kuo Technology University, where he returns regularly to teach classes and workshops.

In 2004, he introduced his first book in Chinese "The New Wu Style Taijiquan" to the public. The book was published in Taiwan by Morning Star Publishing, Inc.

In 2006, his second book in Chinese "Taijiquan Qigong Massage" was published in Taiwan by the same company, the Morning Star Publishing, Inc.

In 2007, he worked on his first English DVD "The Wuji Qigong Taijiquan 34 Form" and it became available in the same year.

In August 2008, Great Grandmaster Ho was invited to the Mixed Martial Arts Expo, Long Beach, CA to give a demonstration on Taichi applications. He showed many real world applications of Taijiquan techniques to an audience with many different martial arts background.

Currently, Great Grandmaster Ho is sharing his time teaching in the US, Taiwan and China. When he is in the US, he teaches Taichi classes in Irvine, California.
Posted by wujitaichi2008 at 10:19 PM

wujitaichi2008
A new student of the Wuji Qigong Taijiquan School in Irvine, CA 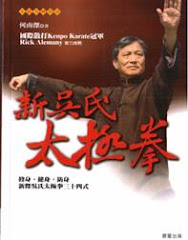 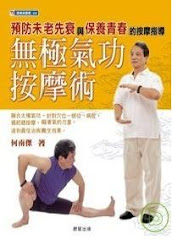